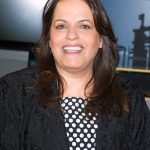 Maha Mulla Hussain is the Founding Partner of GEMS Group, founded in 2014. She joined Kuwait’s PIC in 1976 and held a series of senior management positions before becoming Chairman and Managing Director in the year 2007 to 2013. During that time she led PIC in the negotiation of mega projects in Kuwait including Olefines-II, styrene and aromatics with potential partners. She was also in charge of PIC’s 50% acquisition of Dow’s Ethylene Glycol Business in Canada and the formation of MEGlobal. Under her staunch leadership, PIC formed the biggest IPO company in Kuwait, Al-Qurain Petrochemical Company, valued at USD 350 million. Throughout her career, Mrs. Hussain served as a Board Member of Kuwait Oil Company, GPCA, the College of Science at Kuwait University, and PIC affiliates. She obtained a B.Sc. Degree in Chemical Engineering from University of California, US.