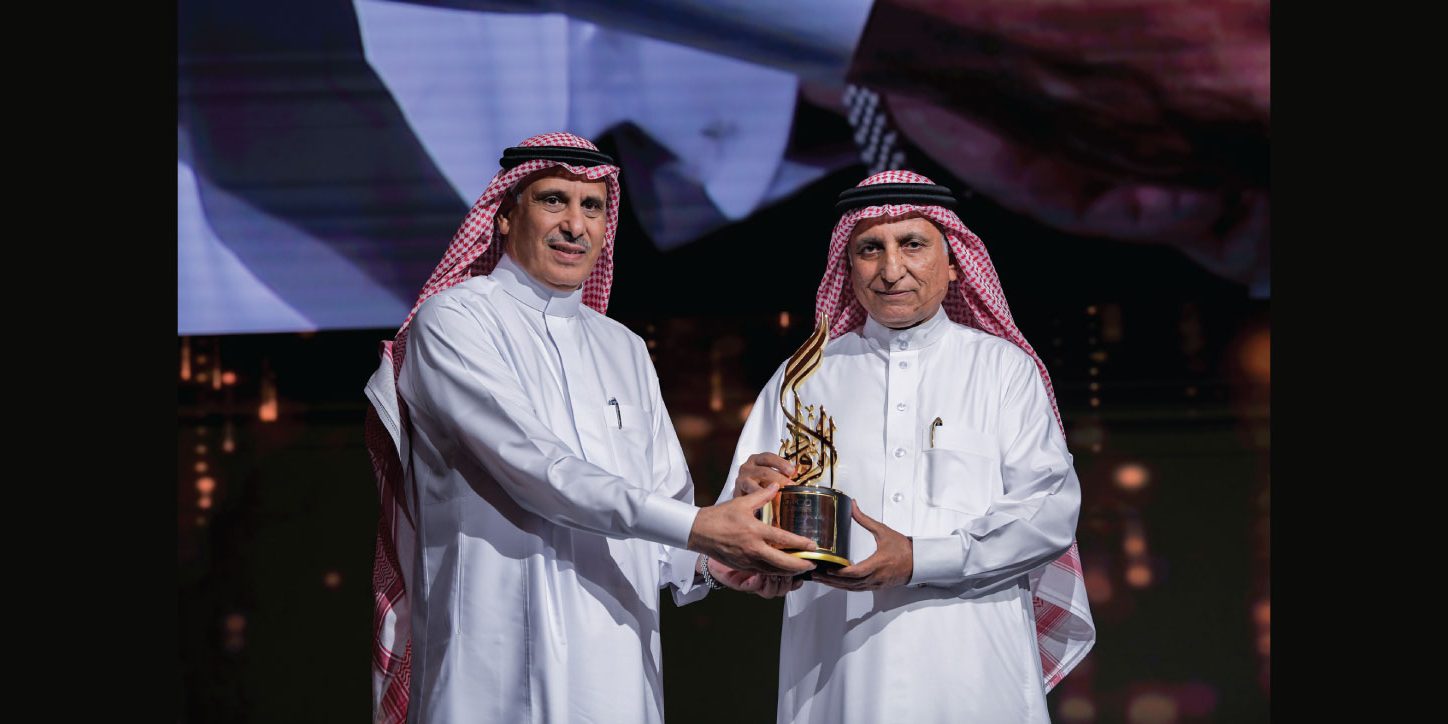 The Award was bestowed upon Mohamed Al-Mady, former Vice Chairman and CEO, SABIC (1998 – 2015) and Founding Chairman, GPCA (2006 – 2015) for his role in developing and advancing SABIC and contributing to the establishment of a globally competitive chemical and petrochemical industry in Saudi Arabia and the region. Presenting him with a special Award trophy on stage was Eng. Abdulrahman Al-Fageeh, Chairman, GPCA, and CEO (A), SABIC.

Upon receiving the Award, Mr. Al Mady commented: “This honor does not stop at my humble self but extends to those, past and present, who contributed to SABIC’s success since its inception. I wish to dedicate this recognition to SABIC’s employees, Board of Directors and its Chairmen who made this success possible. During my 19 years I was blessed to work with Dr. Hashim A. Yamani and Prince Saud Bin Abdullah Bin Thenayan Al-Saud and under their guidance we were able to realize the initial SABIC dream and achieve an unprecedented global expansion.”

He added: “I hope that GPCA will continue in its steps to achieve more success and I am proud to have been its chairman for 9 years.”

Dr. Abdulwahab Al-Sadoun, Secretary General, GPCA, paid a special tribute to GPCA’s Founding Chairman, describing him as one of the region’s instrumental leaders who takes an important place among the founding fathers of SABIC, of GPCA and the wider Arabian Gulf chemical industry.

“Anybody who knows and who has worked with Mohamed Al Mady, including myself, will attest to his vision and growth mindset. As a visionary leader, he was always a source of inspiration. Where others found challenges, he saw new possibilities and an opportunity to shape the future. In recognition of his contributions to the GCC chemical industry and for leaving a lasting legacy behind, we are proud to honor him as the winner of the 4th GPCA Legacy Award “Al Rowad”.

He added: “I express my heartiest gratitude to the Members of the GPCA Legacy Award Committee for all of their outstanding effort, contributions and commitment since the Award’s establishment.”

GPCA launched the Legacy Award in 2017 to honor the leaders of past generations who laid the foundations for a robust chemical enterprise in the six GCC states. By launching this initiative, GPCA aspires to make known the rich history of the GCC chemical industry and inspire current and future generations to walk in the footsteps of the industry’s founding fathers.