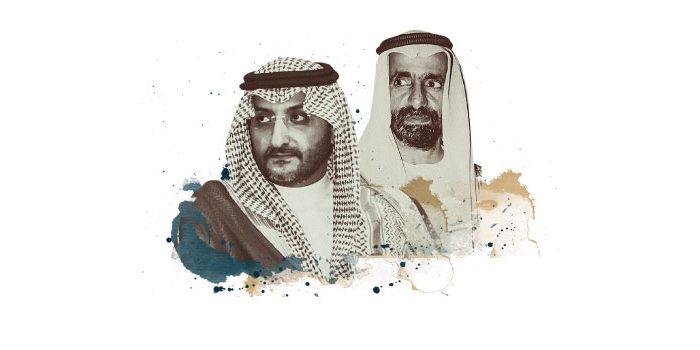 The winners will be officially recognized during a special award ceremony on 8 December at the Annual GPCA Forum in Madinat Jumeirah, Dubai

Dubai, United Arab Emirates, 16 November 2021 – The Gulf Petrochemicals and Chemicals Association (GPCA), the voice of the chemical and petrochemical industry in the Arabian Gulf, is proud to recognize H.R.H. Prince Faisal Bin Turki Bin Abdulaziz AI-Saud, Advisor to the Saudi Royal Court (2018 – Present) and former Advisor to the Ministry of Petroleum and Mineral Resources, as well as H.E. Yousef Omair Bin Yousef, former UAE Minister of Petroleum and Natural Resources (1990 – 1994), with the GPCA Legacy Award “Al-Rowad” (الرّواد) – The Honor of a Lifetime.

The winners of the 3rd edition of the GPCA Legacy Award will be honored for their lifetime achievements and outstanding contributions to the growth and development of the chemical and petrochemical industry in Saudi Arabia and the UAE, respectively. The two dignitaries will be recognized at a special award ceremony attended by global and regional industry leaders on 8 December during the 15th edition of the Annual GPCA Forum at the Madinat Jumeirah, Dubai.

H.R.H. Prince Faisal Bin Turki Bin Abdulaziz AI-Saud will be honored for his instrumental role in utilizing Saudi Arabia’s natural gas resources as a lever to develop a national industrial base and allocate a percentage of it to the petrochemical, metallurgical, electricity and water desalination sectors. He will also be awarded for his vital role in building specialized industrial clusters, attracting overseas investment, and creating new industries to diversify the economy in line with the objectives of Saudi Vision 2030.

H.E. Yousef Omair Bin Yousef, former CEO of ADNOC, Secretary General of the UAE’s Supreme Petroleum Council (1994 – 2011) and former Chairman of Borouge (1998 – 2011), will receive the GPCA Legacy Award for expanding and diversifying the UAE’S downstream activities, maximizing the integration of refineries, petrochemicals, and fertilizers and establishing Borouge in 1998 as the country’s first foreign downstream Joint Venture (JV) and producer of polymers. Prior to that he served as a Minister of Petroleum and Natural Resources for the UAE (1990 – 1994) where he was in charge of the energy sector strategies, as well as cooperating on a regional and international level, and within the Organization of the Petroleum Exporting Countries (OPEC).

Dr. Abdulwahab Al-Sadoun, Secretary General, GPCA, commented, “We are honored to be recognizing two visionary leaders from Saudi Arabia and the UAE who during their respective times played a pivotal role in laying the foundation for a globally competitive domestic chemical and petrochemical industry. In just over five decades, Saudi Arabia has emerged as the world’s top 10th exporter of chemicals, while the chemical industry in the country contributes USD 46 billion in economic value and supports 340,300 jobs currently. None of this would have been possible without the forward-looking vision of H.R.H. Prince Faisal and the wise leadership at the time who developed the gas allocation strategy and secured competitively priced feedstock to develop the downstream sector in the Kingdom. For this we are honored to bestow upon him the GPCA Legacy Award “Al-Rowad” (الرّواد), inspire future generations and make the history of our regional industry known.

He added: “H.E. Yousef Bin Omair realized the downstream vision of the UAE and laid the foundation for a pioneering and competitive petrochemical industry in the country. He led the establishment of Borouge which has since tripled its scale of operations with three mega projects to a USD 4.5-billion business, currently being the 9th largest producer in capacity. To realize the country’s vision for downstream success, he supported the development of technical institutes and research centers, focusing on innovation and human capital development. H.E. Yousef Bin Omair truly set an example for future leaders in the UAE and for that reason we are proud to recognize him with the GPCA Legacy Award “Al-Rowad” (الرّواد).”

Past recipients of the GPCA Legacy Award include: