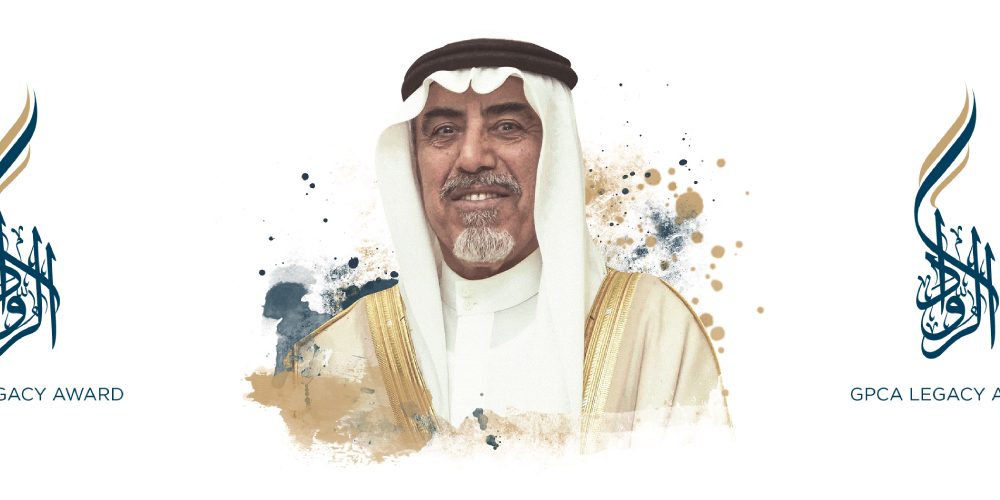 Dubai, United Arab Emirates, 11 November 2019 – The Gulf Petrochemicals and Chemicals Association (GPCA), the voice of the chemical industry in the Arabian Gulf, announced today that H.E. Eng. Abdulaziz Al-Zamil (1941-2019), former Minister of Industry and Electricity, Saudi Arabia, will be recognized and awarded posthumously with the GPCA Legacy Award “Al-Rowad” (الرّواد).

Mr. Al-Zamil, who passed away in October this year, will be honored at a special award ceremony and bestowed with a trophy of recognition for his lifetime achievements and outstanding contributions to the growth and development of the chemical and petrochemical industry in the Kingdom of Saudi Arabia and the wider GCC region during the 14th Annual GPCA Forum on 4 December 2019 at the Madinat Jumeirah, Dubai.

As one of the most prominent pioneers in the global and regional chemical industry, Mr. Al-Zamil was best known for becoming the first CEO and Vice Chairman of SABIC (1976-1983), the fourth largest chemical company in the world, and later on as Chairman of SABIC and Minister of Industry and Electricity of Saudi Arabia (1983-1995), for encouraging the development of the private industrial sector and working to expand and improve access to electricity throughout the Kingdom.

Mr. Al-Zamil served as Chairman of Al Zamil Group, Sahara International Petrochemical Company (SIPCHEM) and Al-Anma Bank, and was the recipient of numerous industry awards including the King Abdul Aziz Medal, 1984 and The Richard J. Bolte Sr. Award for Supporting Industries, 2015 by the Chemical Heritage Foundation (today Science History Institute). He obtained a Bachelor’s degree in Industrial Engineering and a Master’s degree from the University of Southern California.

Dr. Abdulwahab Al-Sadoun, Secretary General, GPCA, commented, “H.E. Abdulaziz Al-Zamil had made tremendous contributions to the creation and advancement of the chemical and petrochemical sector in the region, building the industry from the ground up and laying the foundations for a globally competitive national chemical enterprise. The chemical community in the region and globally has deeply been saddened about the demise of Mr. Al Zamil, a true visionary and a leading pioneer in his field, and we will be paying a tribute to his life and achievements at a dedicated award ceremony at the 14th Annual GPCA Forum in Dubai.

“I would like to extend my gratitude to the Legacy Award Committee, comprised of senior industry leaders from the global and regional chemical industry for their outstanding work and contribution to selecting this year’s award recipient.

The 14th Annual GPCA Forum will take place on 3-5 December 2019 at Madinat Jumeirah, Dubai under the theme ‘Winning through Strategic Partnerships’.

To find out more about the GPCA Legacy Award, visit www.gpcalegacy.com