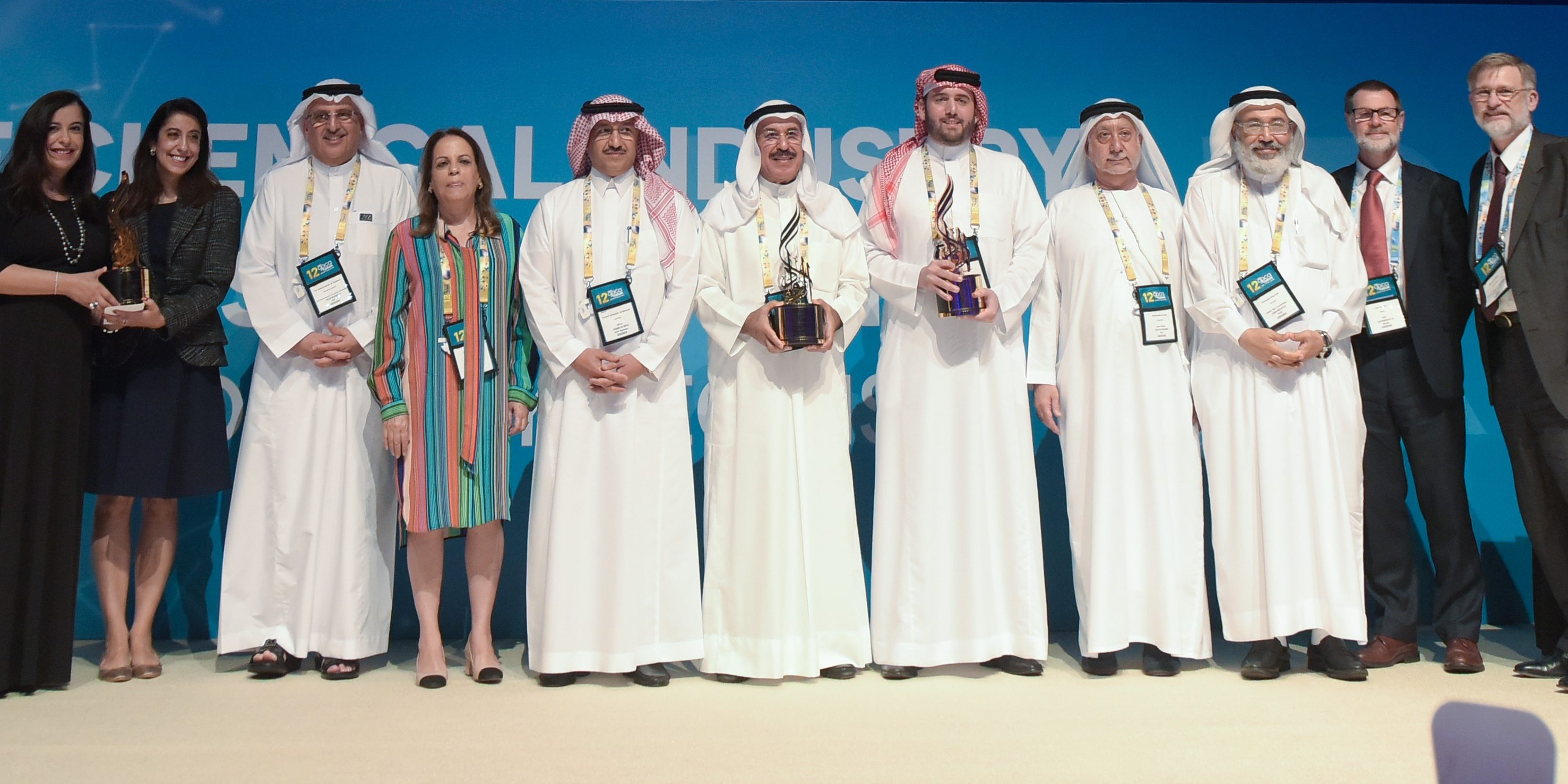 Rania and Shermeen Al Shirawi, daughters of the late Yousuf Al-Shirawi, collected the award. Yousuf Al-Shirawi was the Minister of Development and Industry, Bahrain (1971 – 1995), and instrumental in setting up Gulf Petrochemical Industries Company (GPIC), the first and only regional GCC joint venture.

Faris Al Ghosaibi collected the award on the behalf of his father, the late Dr. Ghazi Al Ghosaibi, former Minister of Industry and Electricity (1976-1983) of Saudi Arabia and the first Chairman of Saudi Basic Industries Corporation (SABIC).

Mahmoud Al Nouri, former Kuwaiti Minister of Finance, and nephew of the late Abdulbaqi Al-Nouri, accepted the award on his family’s behalf. Abdulbaqi Al-Nouri was the former Chairman and Managing Director of Petrochemical Industries Company (PIC).

Dr. Abdulwahab Al-Sadoun, Secretary General, GPCA, commented, “Many challenges stood in the way of creating our regional industry. Skepticism was abundant at both home and abroad. And yet despite all odds, our leaders succeeded in building a regional chemical industry out of the barren desert.”

“None of this would have been possible without the extraordinary backing of our governments who empowered and provided them with the tools they need to succeed. These pioneers courageously pursued ambitious projects when many around them predicted failure. The great achievements of Ghazi Al-Gosaibi, Yousif Al-Shirawi, and Abdulbaqi Al-Nouri led the Nomination Committee to make them our unanimous choice for the GPCA Legacy Award “Al Rowad”, he added.

A Nomination Committee comprising veterans of the petrochemicals industry in the Arabian Gulf region put forward the pioneers for the award.

For more information about the initiative, please visit www.gpcalegacy.com